Hellohello, whats up? I´m sorry for the long absence here, it´s not like I forgot this place but rahter that it becomes pretty tiresome to keep all social sites updated with current work. Still I´ve been wondering about those folks who don´t follow my work on facebook and tumblr ( coyotesaskia.tumblr.com ), and to be honest I don´t want to abandon this place. Too much pleasent memories :) (apologies to everyone who has seen these already) 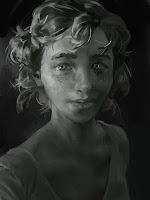 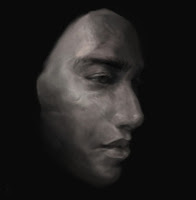 Created for a tutorial about visual storytelling in IMG FX 85 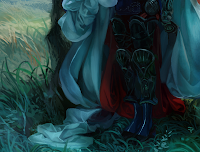 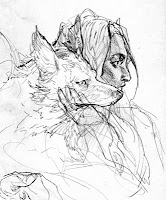 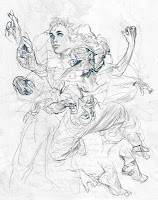 I should update more often... 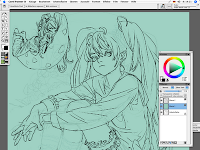 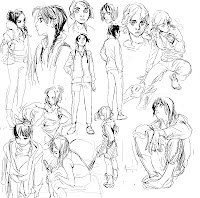 
I wanted to do this retrospective almost 2 years ago .... talking about procastination here, even with having pretty much all the files ready haha.

So, I´ll give a shout out to Casey and Okha , who still had a lot of my old images and saved me a lot time :)

Oh and this was inspired by the wonderful Katie Rice , I highly recommend to visit her blog... her retrospective is unfortunatly gone :( And make sure to check the look-back from Daniel Lieske Daniel Lieske

Influenced by the few Mangas and Anime that were on the market around that time I was highly influenced by Sailor Moon, Magic Knight Rayearth, Battle Angel Alita , Record of Lodoss War and Escaflowne (character designer Nobuteru Yuuki was in fact the first animator whoose name I actually remembered and the first Anime based Artbook I bought was some kind of groundwork Artbook  for the Escaflowne Movie)

Got my own mac for my 19th birthday with Ps6 on it and could finally properly practise CGing. I already owned a small wacom at that time and now spent all my free time between school and jobbing to practise :D Couldn´t wáít to do what I´ve seen from other artists online. The beginning wasn´t very promising though, I had a hard time getting used to do everything digital.

Also I started to study Graphic Design in Hildesheim that year and at the end of 2004 I discovered ca.org and was blown away haha Also a few month later I bought a proper sketchbook, beeing inspired by wesburt to actually render with pencil...

Also started with a few comics during that time but never finished them... 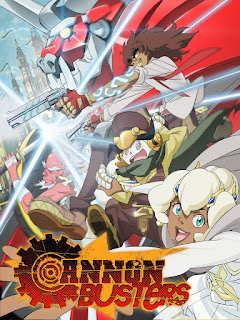